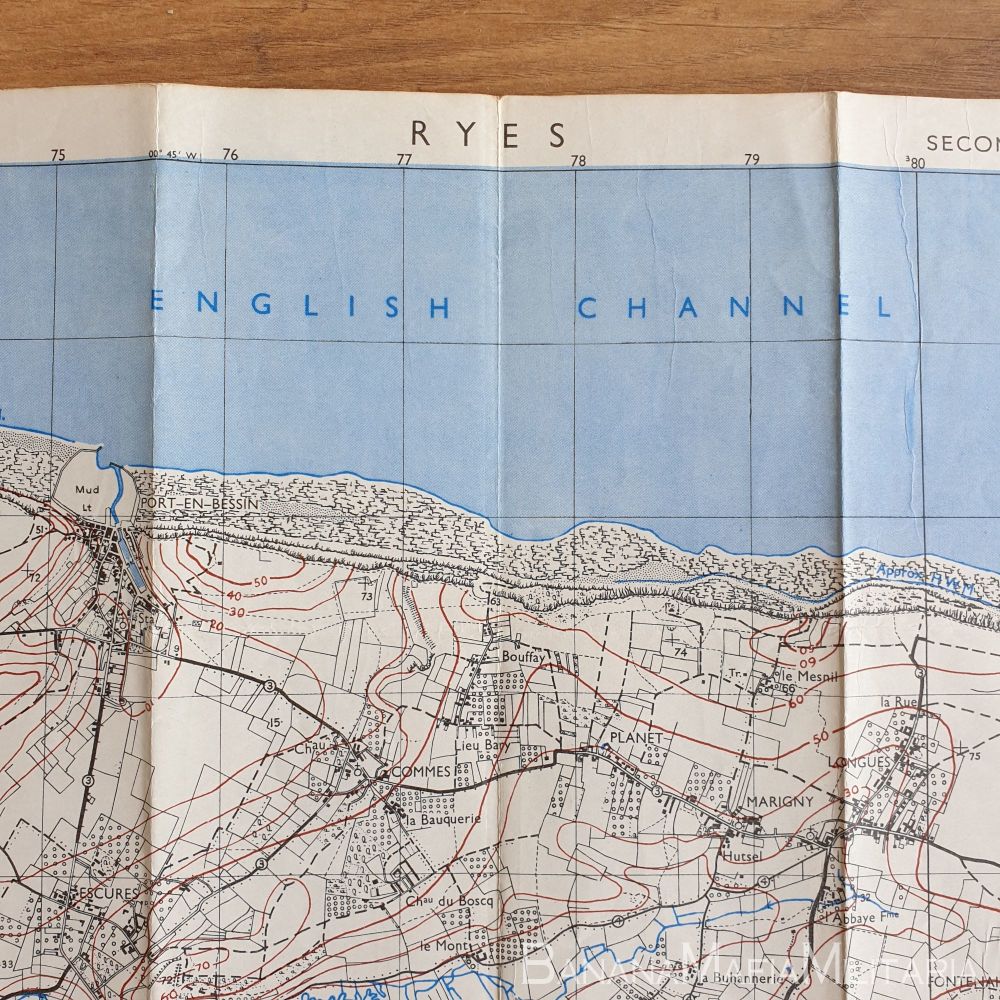 some wear, marks, folds and foxing expected with age and use.

The Devonshire Regiment seized Ryes at about 5.30 pm without encountering any major opposition and settled in the area, setting up a cover directed towards Le Hamel where the fighting continued until mid-afternoon. The Dorsetshire Regiment then picked up “Devon” in position so that it could continue its action towards Longues-sur-Mer.

From 30 June to 5 July 1944, the Royal Engineers 25th Airfield Construction Group constructed a compacted earth track called ALG B-15, which was used for the evacuation of the wounded and for the refueling and ammunition of the various squadrons distributed in the Calvados. A field hospital is located on the southern edge of the trail near the so-called Longchamps site.