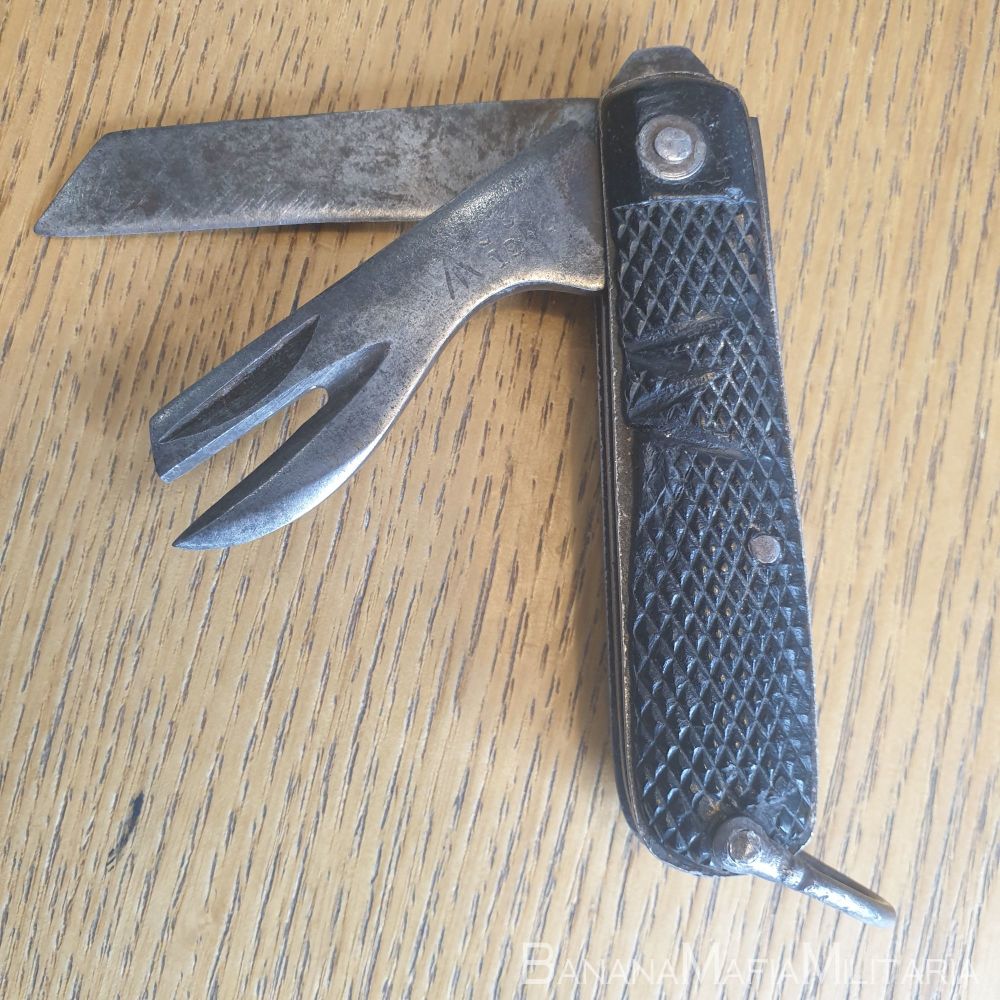 The humble jack knife was issued to nearly all soldiers in the second world war. It was a useful tool that many of them kept after their return to civilian life.

The jack knife is around three inches long, with black plastic grips and a loop to fasten a lanyard to.

The lanyard was passed around the waist, through the belt loops, and the knife dropped through the loop at the end, allowing it to be stored in the trouser pocket with no danger of it getting lost. The knife itself is more compact that its WW1 counterpart, which was nearer to 5 inches in length.

This Particular jack, has seen some use, it has a letter W etched into the grip on one side, and a finger grip worked into the otherside to give better grip.