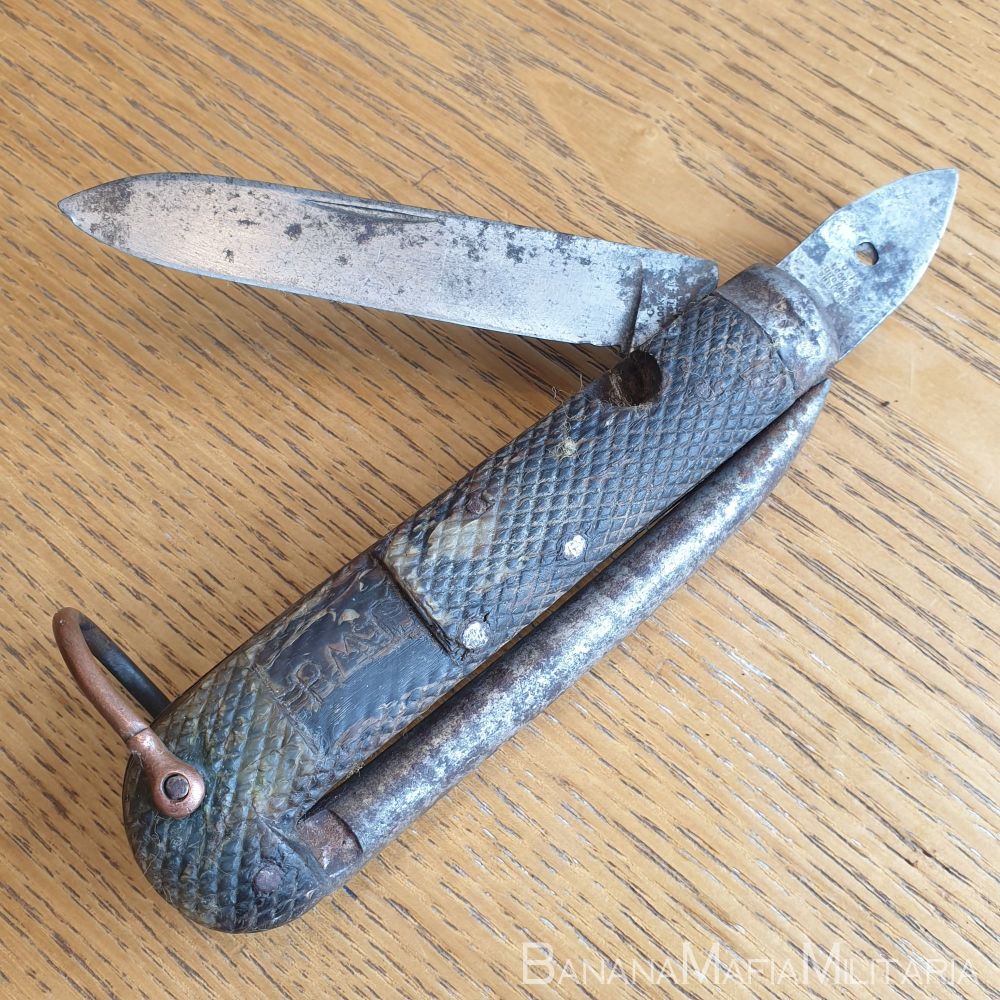 The humble jack knife was issued to nearly all soldiers in the First world war. It was a useful tool that many of them kept after their return to civilian life.

The jack knife is around five inches long, with black horn grips and a loop to fasten a lanyard to.

The lanyard was passed around the waist, through the belt loops, and the knife dropped through the loop at the end, allowing it to be stored in the trouser pocket with no danger of it getting lost.

This Particular knife has signs of wear as to be expected, particually to the horn grips, this is most likely due to the original owner cutting into it to add his initials "RMC"

but the two blades are nice and firm.