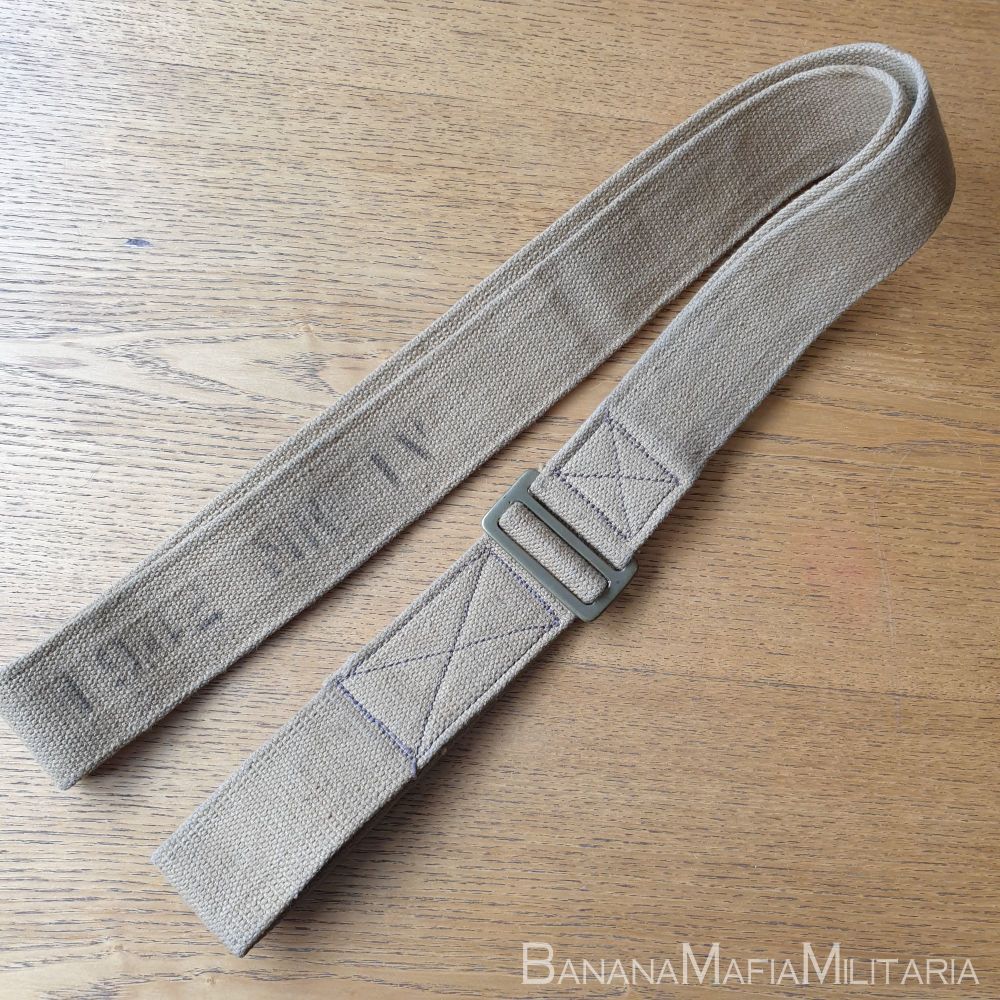 The stretchers were carried onto the battlefield by, appropriately enough, stretcher bearers. The weight of a man and this stretcher had to be carried by two of these stretcher bearers, and as can be imagined, this became very heavy after a short period of time. It was imperative that as little shock as possible was given to the casualty, so to make their job more bearable and to help protect the casualty, stretcher bearers were issued with supporting straps to help them carry their stretchers. The straps are made of webbing with a sewn loop at one end and an adjustable loop at the other

The loop is adjusted with a large brass buckle, allowing the height of the stretcher to be altered depending on the heights of the two stretcher bearer