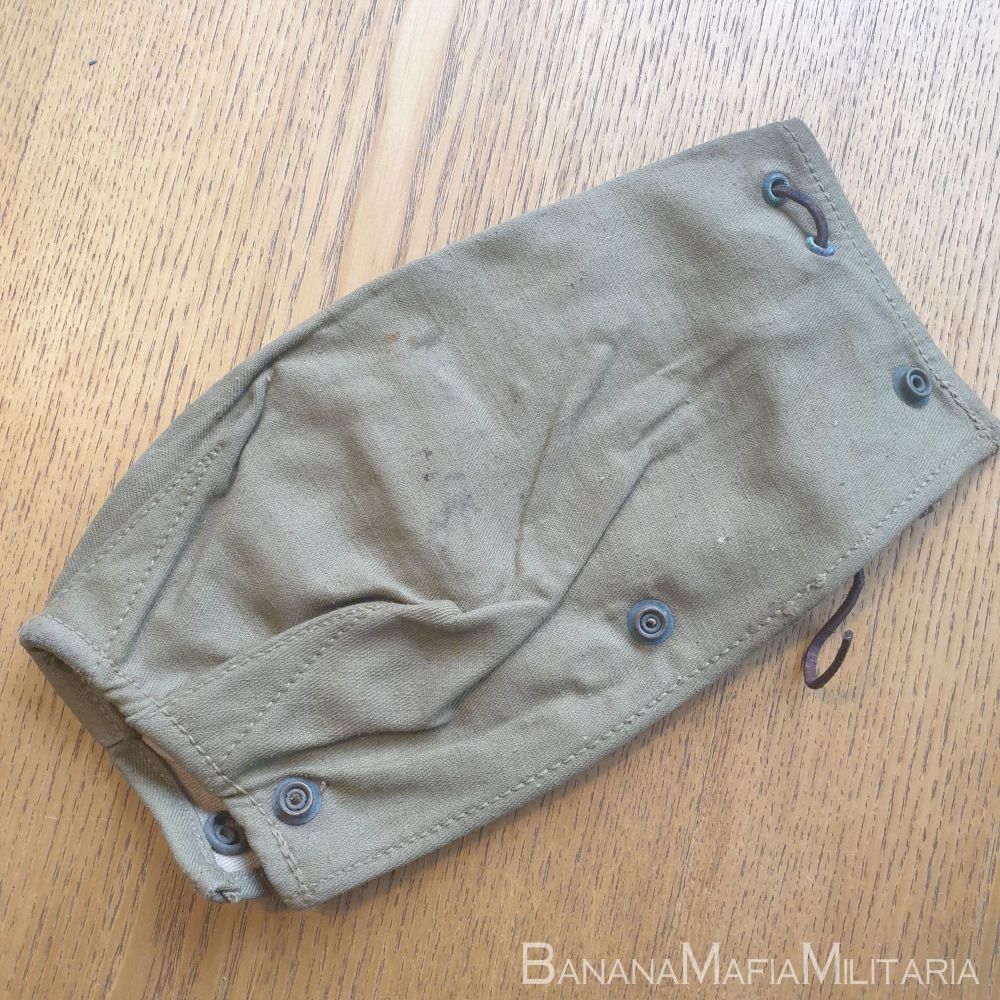 This genuine British Army breech or action cover was made and issued widely during WW2 to troops to cover the working parts of the service rifle against the ingress of dirt and moisture and was suitable for both the SMLE and No 4 Lee Enfield rifles.
With three press studs and tie cords to secure it,it kept the magazine,trigger, bolt and action protected and was often used in transit and inclement weather whilst the weapon was not actually in use.
Similar to the WW1 breech cover this particular example was made for the British Army by the American Savage arms company during WW2 ,it bears their flattened "S" logo. and the 1942 date of manufacture.
Made of rubberised canvas it is in pristine unissued condition, showing just a few marks from storage on the inside. The press studs are good, but the leather tie-cord is starting to perrish and will need replacing if to be used.
There is a double skinned reinforcement patch  protecting the cocking piece when the cover is fitted.
The rubberised material is a little stiff from lack of use, this eases when fitted and used.
Generally in good NOS condition, but with marks from storage. a little TLC needed but that is to be expected.