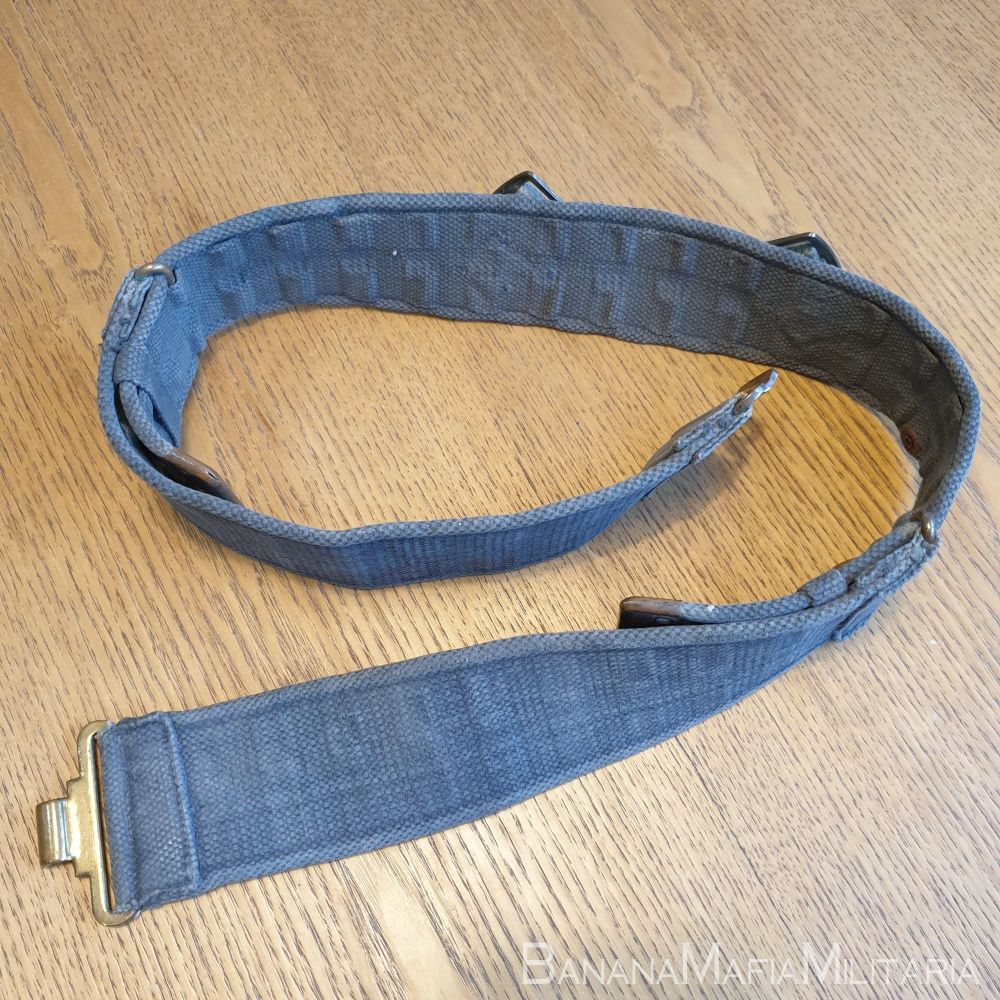 An Original WW2 '25 Pattern, British Equipment belt
brass fittings and belt loops.
measures 37"  as it is set now, with a possible extra 6" if let out.
A nice example of the three piece RAF 1925 Pattern webbing belt.
These belts were used by all ranks before the Second World War and saw use throughout the ensuing conflict. It can be worn with the full 1925 Pattern webset, as a pistol belt or with just a bayonet and frog for ‘revue order’.
This particular example is made from webbing which has been pre-dyed RAF blue and features a service number to all sections of the belt.
Some blanco has been applied as can be seen. but overal the condition of the belt is very good.
A nice original early RAF belt.