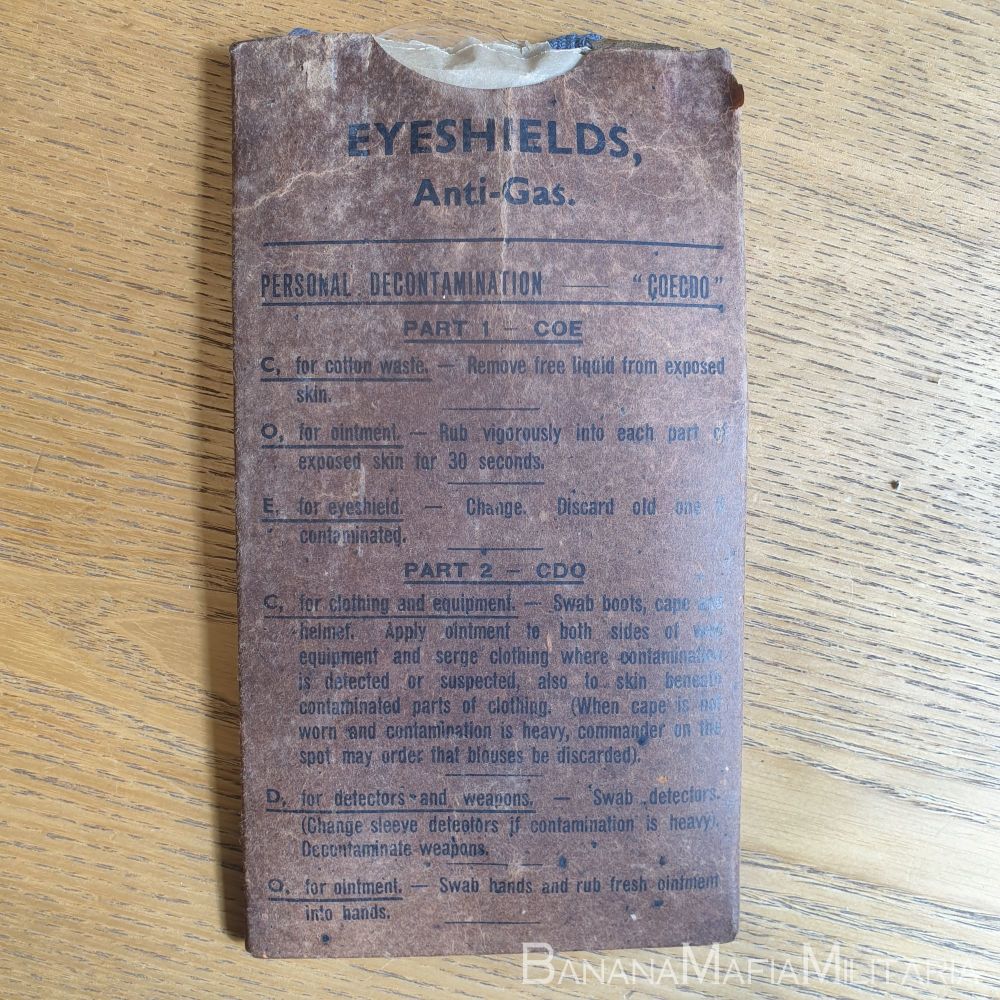 Photographs of Rommel in the desert frequently show him wearing a set of British Anti-Gas eye shields perched on the peak of his cap. These eye shields were issued to all troops who carried respirators, a special pocket being provided for them in the respirator haversack. They were designed to be a first line of defence to protect the wearer from misted irritant gasses until he had time to don his mask proper. The 1935 Defence Against Gas pamphlet explains:

If an enemy is likely to use aircraft spray, the eyes must be protected when personnel are not under cover of buildings. The respirator affords complete protection to the eyes and can be worn for long periods without serious discomfort or loss of efficiency, but, in order to avoid the necessity for wearing it continuously before aircraft spray is actually detected, protective goggles, which will protect the eyes form falling drops, will be issued. It must clearly be understood that the goggles are not a substitute for the respirator and that, immediately gas is detected in any form (including aircraft spray), the goggles must be removed and the respirator adjusted.

Every man was issued one pack of these eyeshields, containing six separate plastic visors within. The Mk I pack was issued in a small box, and is now by far the rarest example of these, whilst later packs used a cardboard sleeve of varying designs. This example is made of buff card, with the instructions printed