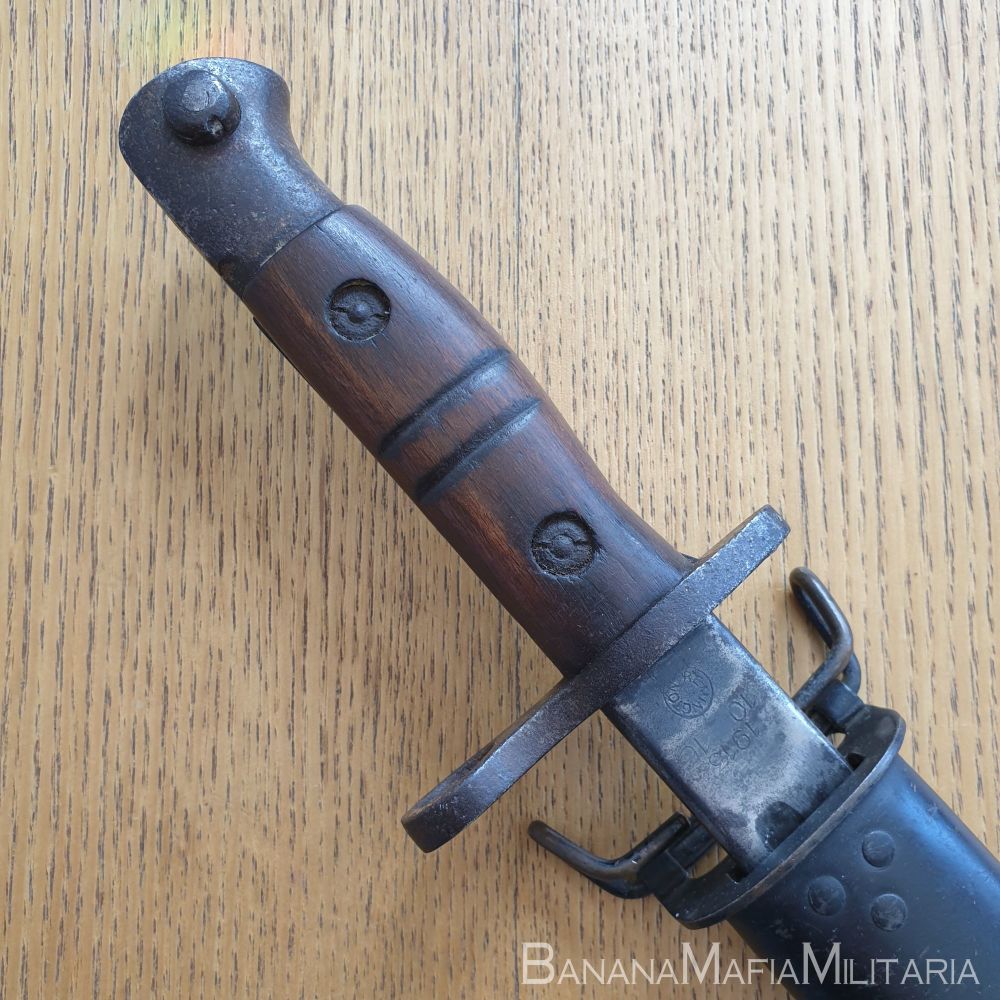 The Pattern 1917 bayonet cannot be fixed to the Lee-Enfield rifle (because of the different muzzle ring heights), so to avoid confusion with the Pattern 1907 bayonet, two deep vertical grooves were cut into the wooden grips of the Pattern 1913 bayonet.

This Particular bayonet is a british marked P13, in a US Scabbard.

Lots of patina, loads of character.