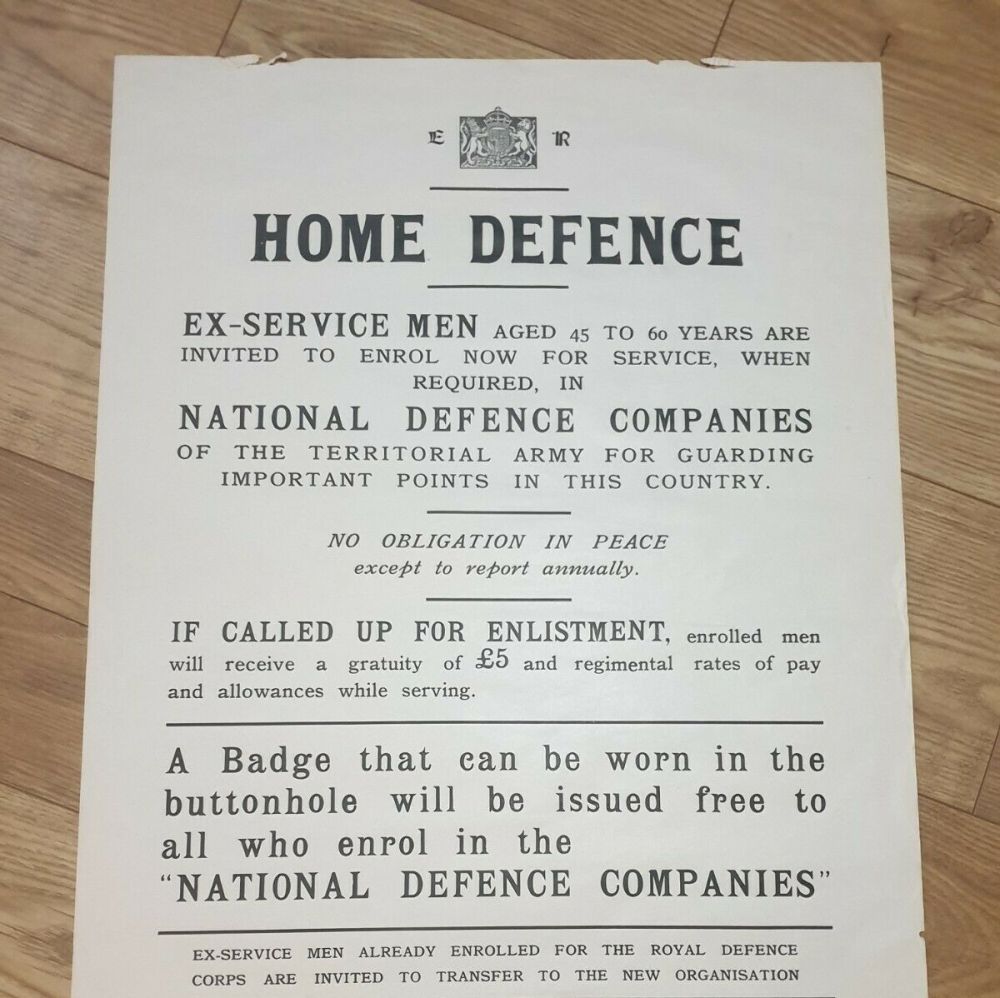 Out of stock.
0 in your basket
View Basket Checkout
An ORIGINAL National Defence Company recruitment poster, Printed (and dated) 1936 it carries the ERVIII monogram of Edward VIII
It is in good condition, a sun darkening strip to the lower reverse (shown in picure 9 shows it was stored face down with something on top.
couple of small tears to the top (pictured) but a frame covers these easily.
Beautiful simple yet striking poster, and not often seen.
at approx 76 x 51cm, it is a nice size too
History note
In 1936 National Defence Companies replaced the Royal Defence Corps (RDC), formed in 1917. Home defence had become part of the role of the Territorial Army and as the RDC was not part of the TA it was seen as anomalous that two bodies should share the Home Defence responsibility. The National Defence Companies were therefore set up to be a part of the TA. Enlistment was to be voluntary and limited to ex-servicemen, normally between the ages of 45 and 60. They would be formed on a county or city basis and linked to their local TA Battalion. Their role would be the same as the RDC, the guarding of important sites and prisoner of war camps within the UK. The Companies were mobilised in August 1939, and in November they were formed into battalions attached to regular army units, at which point they were re-named Home Service Battalions. They continued in the role of guarding important points and prisoner of war camps in the UK for the remainder of the war..