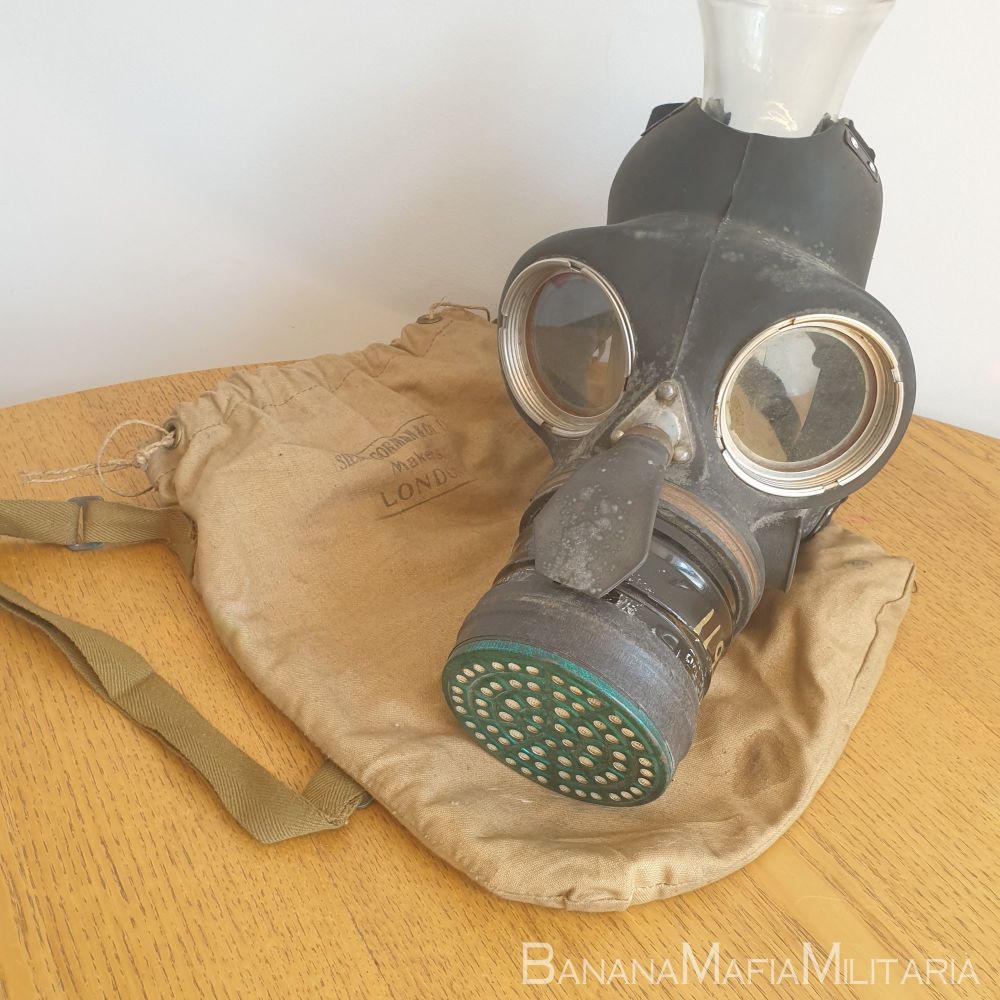 Officially, the Civilian Duty was designed for members of civil air raid precautions services and others who might be called upon to carry out their normal duties in the presence of gas, but who are not likely to be continuously exposed to the highest concentrations.

Whilst often believed to be a wartime design, the Civilian Duty began its conception in the hands of Major. John A. Sadd in the late 1920s. Early prototype Civilian Duty respirators can be seen in a patent filed by Sadd on the 30th October 1928.

As the prospect of war became more and more likely, the CD respirator found itself as the front-line respirator for many civilian based defence organisations such as the ARP, police, ambulance crews, industry and dock workers. The CD would fall out of front-line usage by 1942 as it was around this time that police, firemen and others began being equipped with the GS respirator instead.

During the Cold War, Siebe Gorman produced an industrial variant of this mask using modified No. L1 rubber mask moulds.