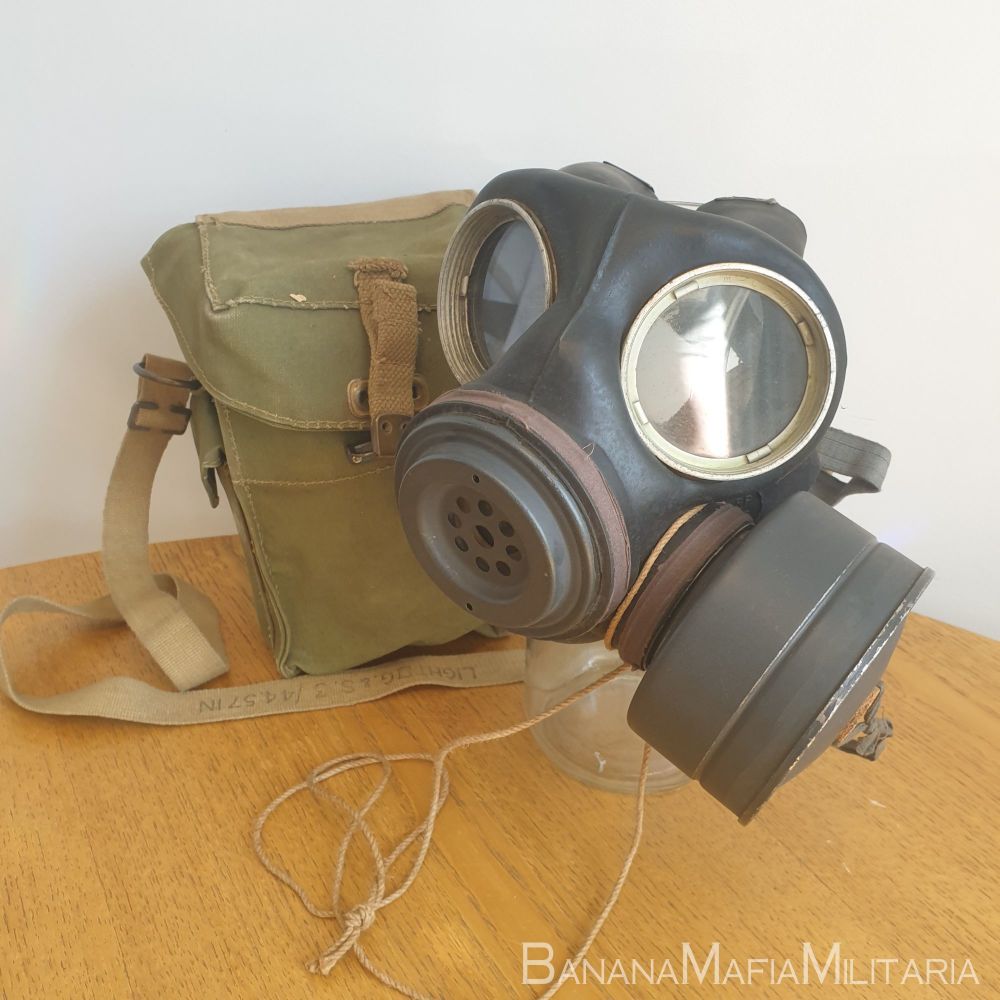 Officially called the ‘Respirator, Anti-Gas, Light’, the Lightweight Respirator was intended to replace the GSR and become the new standard issue to troops. The initial concept was proposed in 1938 and over the following years was developed by the team at Porton Down, initially being called the ‘Self-Contained Respirator’, or ‘Special Service Respirator’. The design was originally intended only for issue to commando units, paratroopers and tank crews, with all other units retaining the GSR. As the war progressed, the demand for a lighter respirator not only became a requirement for specialist units, but also by all arms of the forces. Thus, when finally released, the respirator was issued to all troops.

Over the years, this has led to some militaria dealers referring to them as ‘Airborne Respirators’, although this is strictly speaking incorrect as they were released as the new standard for all front-line troops at the same time, although priority of issue may well have been to airborne and commando units.

The Mk II Lightweight Respirator was a revolutionary design for the British Army, having done away with the long, heavy filter box of the GSR. The lightweight filter was deliberately positioned on the left-hand side to allow soldiers to fire the rifle from the right shoulder. Similarities can be seen between the Lightweight’s facepiece and that of the previous Mk V GSR.

Storage corks were issued with every filter and were to remain in place until ordered to be removed. These corks are often found to be missing today. Note the ribbon of the corks is stamped ‘MK1B SEPT 43’

The mask is in fair condition, missshapen from storage, but still supple so could be reshaped easily.