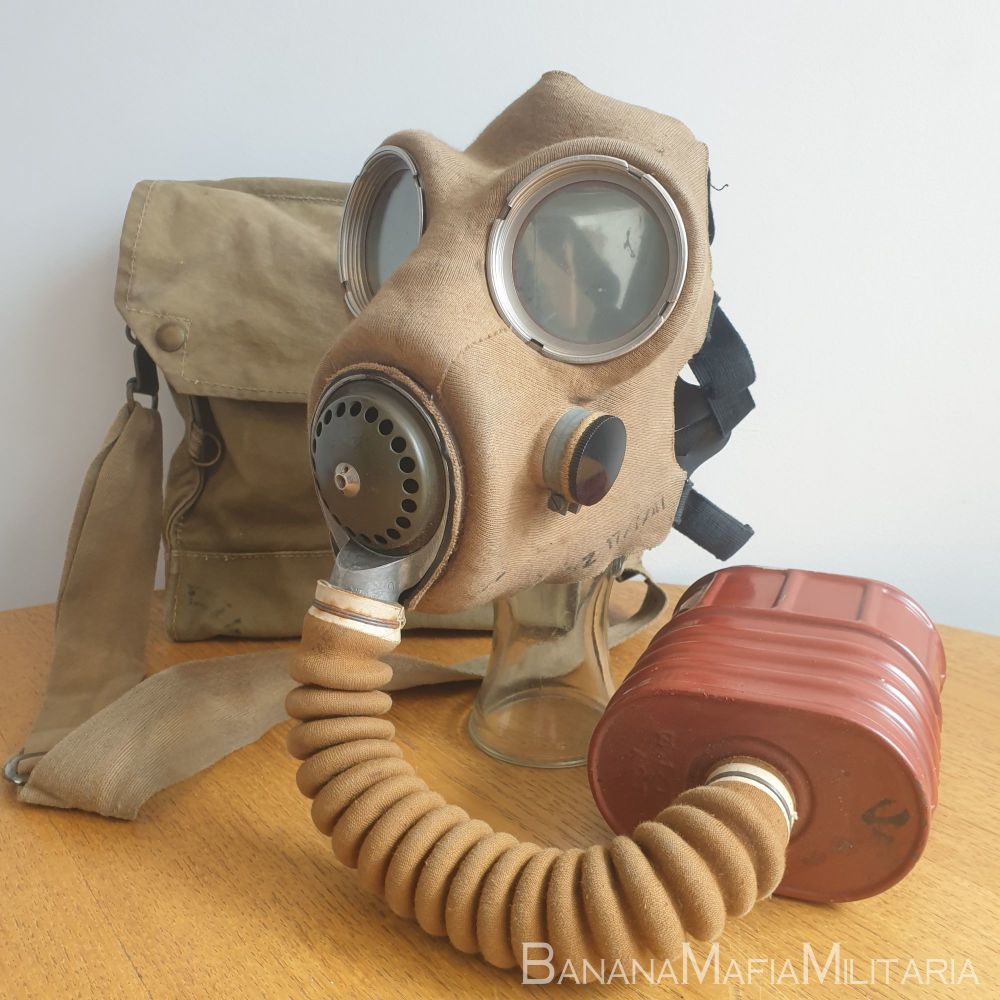 The Mk IV GSR was the standard-issue respirator carried by the BEF when war was declared in 1939.

The Mk IV Special T-Mic was similar to the standard Mk IV, but instead came in four sizes: Extra Small; Small; Large; and Extra-Large. The T-Mic was specially developed to accommodate a radio microphone through the addition of a rubber boss positioned on the left-hand side of the facepiece. When not in use with a microphone, the mounting hole was plugged with a Bakelite cap held in place with a metal clip. The T-Mic could be used by both radio signallers and telephonists.

The production of three different types of facepiece was not very satisfactory, so Porton Down began trials in 1934 to find a single replacement, which would eventually be released as the Mk V. Both the Special T and Special T-Mic were produced in far fewer numbers, therefore are slightly rarer than the standard Mk IV GSR.

This Particular example in very nice condition, with no cracking rubber to the facepiece and the head support is not hard and miss-shaped as is common with these, but remains supple and in mint condition

The facepiece is  dated '41

The bag is undated, but with a faint name and service number (Gnr JOHN COPESTICK ?4131)

All in all a nice used example.