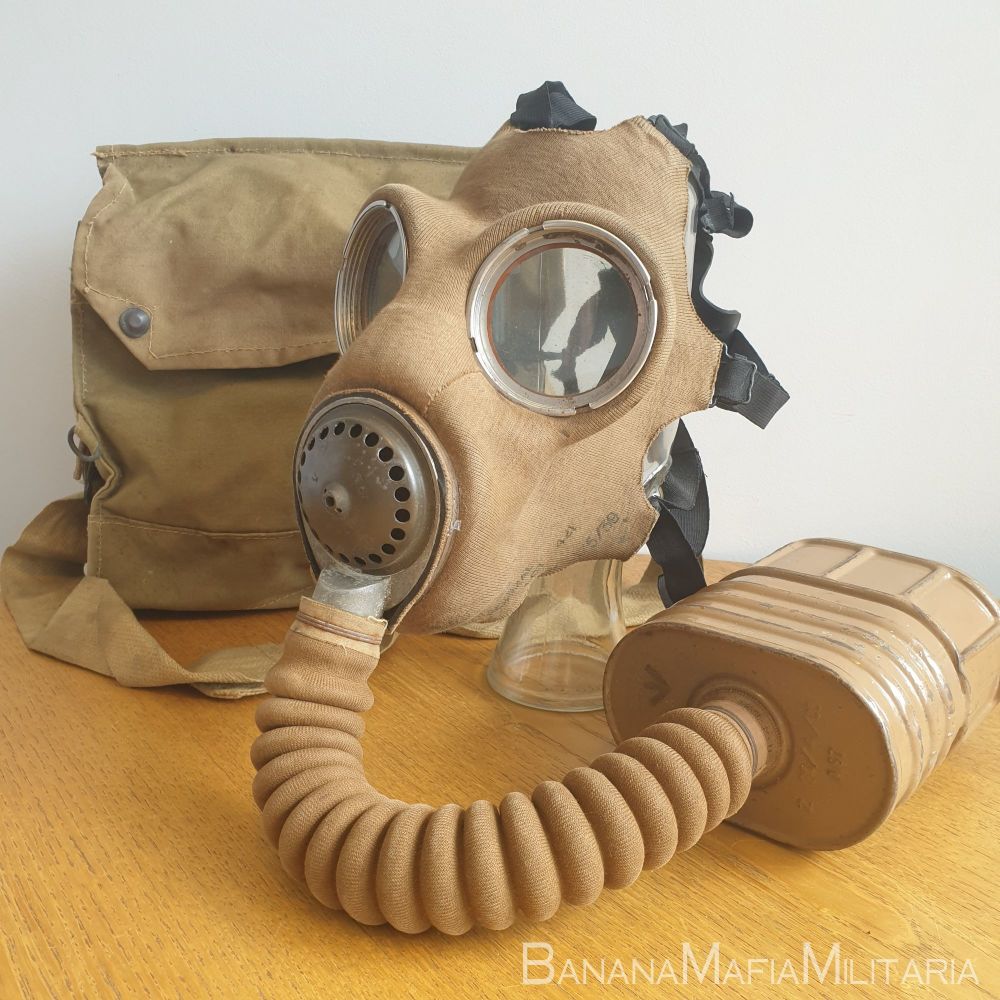 The Mk IV GSR was the standard-issue respirator carried by the BEF when war was declared in 1939. This particular example is dated 1939 and the filter container is painted in a brown/beige colour, quite typical of pre-war models.

It was predicted that Germany would use weapons similar to those used in the last war. However, unknown to Britain, Germany had happened across a far more deadly weapon – organophosphorus agents, also known as nerve gases. In case of an attack, Britain had also developed its own chemical weapons, which included ‘nitrogen Mustard Gas’, as well as perfecting the deployment of biological weapons such as anthrax. Fortunately, neither side used chemical weapons on the battlefield during the following war years.

This Particular example in very nice condition, with no cracking rubber to the facepiece but the head support is hard and miss-shaped as is common with these

The facepiece is  dated '39

The bag is undated

All in all a nice used example.